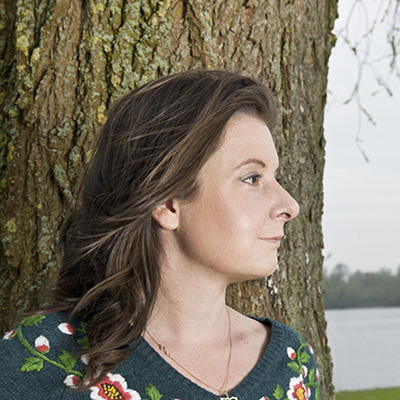 Aukelien Weverling (1977) is writer and columnist. She studied Journalism in Utrecht and now lives in Amsterdam. In 2002 Meulenhoff published her debut novel Liever gekust, that was nominated for the Marten Toonder/Geertjan Lubberhuizen-award. In 2006 her second novel, Politiek gevangene (Political Prisoner) appeared and her third novel, The Land, received raving reviews. 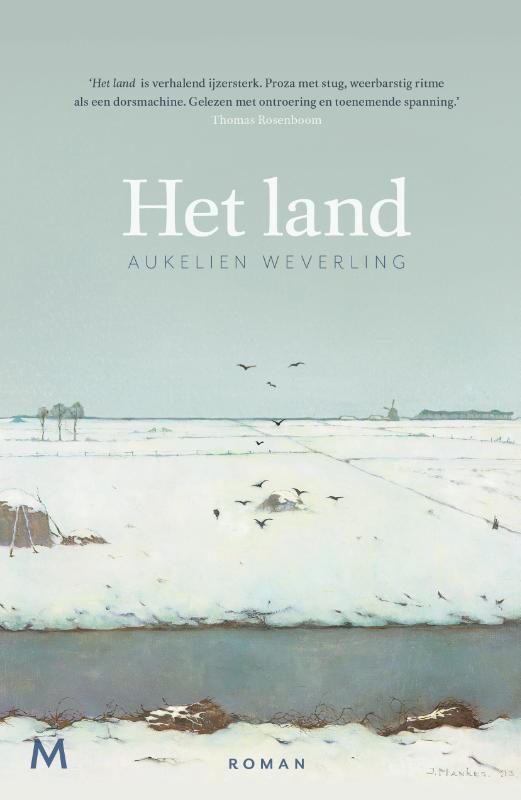 It is also possible that you do not love it: the Ruysdalian skies, the slender poplars and the bellowing cattle. That beautiful Dutch landscape where nothing ever happens, except birth and death.

Betje, for instance, is bored stiff. Mother speaks in proverbs, Father only complains about the weather: these are the fixed values in her life. Suddenly her idling world comes into motion and things take a turn that no one saw coming.

The land is a novel about inclusion and exclusion. An impressive farmer's tale about folklore, first love, pettiness and religious suffocation.

'Atmospheric novel that reads as an ode to a vanishing Holland. Not to be missed.' Linda

'Weverling's writing is beautifully wrought and precise, her story about the constrictions of the countryside is staggering and extremely strong.' Elle 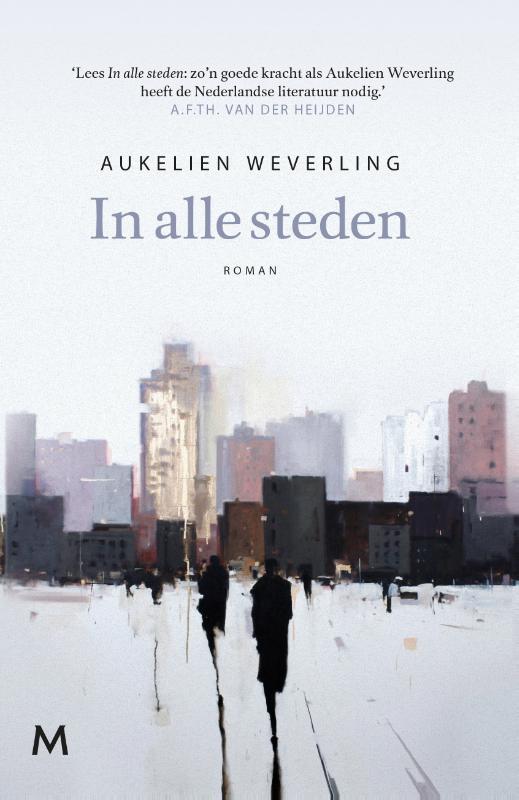 In Every City - In alle steden

You simply must read In alle steden: Aukelien Weverling is a tremendous asset for Dutch literature.' A.F.Th. van der Heijden

'The Dutch literature is enriched with an important novel, an instant classic.' Walter van den Berg

What does the future hold for a society based on fear and without any compassion?

In Every City tells the story of true optimist Bennie: fired from his job and an alcoholic, but in good spirits. In a world in which the division between poor and rich has become increasingly sharper, he finds his way along numerous illegal pubs. He moves carelessly through a society where only two forms of education exist, health is one's own responsibility, and religion is united against a common enemy. With his social status reduced to zero, he strays from job to job. He tries to find his way back to a better life, assisted by a wide array of companions.

In Every City is a cheerful dystopia about a world where only the right of the strongest prevails. With the hand of a master, Weverling depicts the life of a man who must process setback after setback but refuses to throw in the towel.