Martijn van Calmthout
Biography that reads like a thrilling novel

Martijn van Calmthout (Eindhoven 1961) is science editor and commentator for Dutch newspaper de Volkskrant. He studied physics in Utrecht and writes about the sciences. His published works include the biographical Einstein’s Light(Einsteins Licht, 2005) and the Survival Guide for the Future (Survivalgids voor de Toekomst, 2013). 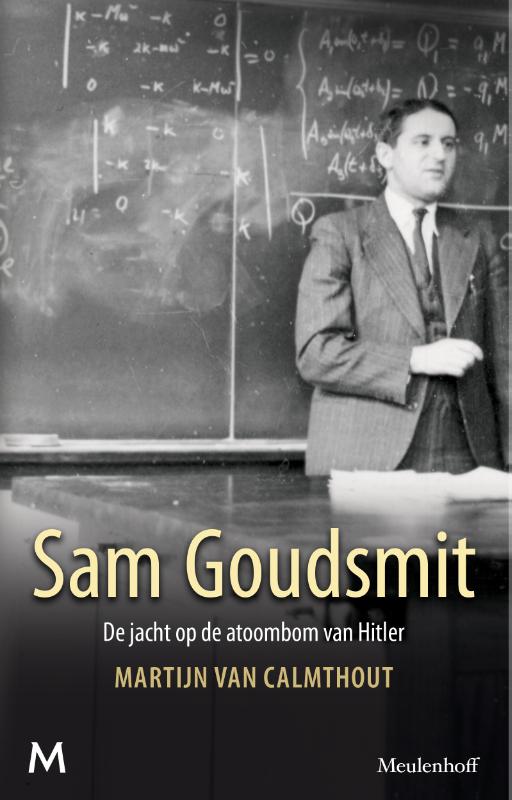 Van Calmthout’s book reads like a detective, albeit one that recounts a true story. Besides the hunt for the atomic bomb, the author gives a lot of insight into the role of science during WWII. — Reformatorisch Dagblad

A fascinating biography […] Not only is Goudsmit’s secret mission [to search for Hitler’s atom bomb] interesting, but also the pre-war years are worth reading about. Those were the heydays of physics, when geniuses like Albert Einstein, Pieter Zeeman, Niels Bohr and Werner Heisenberg made one discovery after another. Van Calmthout excels in his accessible explanations of the changes in physics. — NEMO Kennislink

This well-written biography with strong content draws a good picture of the dramatic life and work of a famous but modest scientist. —Trouw

This biography reads like an exciting boy’s book. — The New Scientist

The remarkable story of Sam Goudsmit, the Dutch-American physicist who discovered the phenomenon of electron, traced Hitler’s atomic bomb and came up with the best scientific magazine in the world. A biography that reads like a thrilling novel.

Goudsmit played a groundbreaking role in the establishment of modern physics. In World War II he led the American search for Hitler’s atomic bomb on the European front. As an American he organized the most prominent magazine for physicists, PRL. During the Cold War he played an important and moderating role in the debates in the USA on nuclear weaponing.

As a scientific journalist (Dutch newspaper de Volkskrant) Van Calmthout was writing two biographies on Einstein years ago when he stumbled on Goudsmit’s intriguing life story. This story, about brilliant science, heroic courage, tragedy and leadership, needs to be told to a larger audience. Van Calmthout worked closely with Goudsmit’s family in the US, who was eager to collaborate on this project.