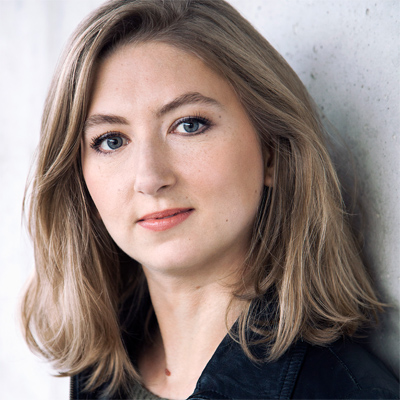 Samantha Stroombergen studied Dutch and journalism at Leiden University. She works as a copywriter in KLM's Digital Content department and is a reviewer for the popular Dutch book forum Hebban.

Her debut, The White Room, won the yearly Gouden Strop 2019 (The Golden Nugget Thriller Award). Almost 10,000 copies have been sold.

In April 2020 her second thriller, The Silent Woman is published. 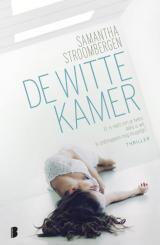 You wake up on a cold floor. Everything around you is white. The lack of windows makes it impossible to tell whether it’s day or night, and how many days have passed. Your brain doesn’t register structure or color and starts to create its own. You hallucinate. You forget which memories are real and which are imagined. You’re stuck. You’re going crazy. And you’re not getting out of here alive.

Three months ago, Middle East-correspondent Jeffrey Holt disappeared without a trace. Now, his body has been found: emaciated, with its eyes gouged out and the number 5 carved into its stomach. Detective León Coeur rushes to the crime scene, his niece – criminology student Hanna – in tow.

It turns out Holt was subjected to a ruthless Middle-Eastern torture technique: suspension in an entirely white room. Why was he abducted and killed? Did he have a lead on the recent terrorist attack in Amsterdam? And is this gruesome murder the end of all this terror, or only the beginning?

The Silent Woman – A young woman was attacked. She refuses to speak. What is she afraid of?

On a very cold night, a young woman stumbles along the canals of Leiden with a bleeding head wound and no shoes. She is taken to hospital, but refuses to speak of what happened to her. When detective León Coeur and his niece Hannah realise that the injured woman is the fiancé of a well-known politician, things take a turn for the worst.