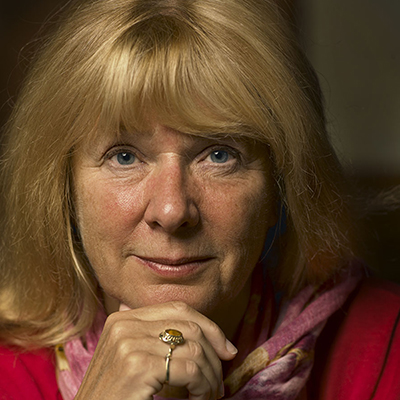 Thera Coppens (1947) is the author of historical books like Hortense, The Forgotten Queen of Holland, Marie Cornélie and more recently Suzanne and Edouard Manet. Sophie in Weimar. A Princess of Orange in Germany.

Staggering facts about Sophie's tumultuous life. The result of years of research in national and international archives

The liberal Sophie of the Netherlands (1824-1897) is the youngest child of King William II and Queen Anna Pavlovna. Due to her modest nature, the Grand Duchess Sophie Von Sachsen Weimar Eisenach has been almost entirely overlooked in the Dutch-German history. And yet this humble princess of Orange was a woman of world-class culture, who has had more significance than whichever member of the royal Orange family.

Bitterly disappointed in her married life and by her children’s marriages, Sophie receives the coveted legacy of Goethe. She then acquires worldwide fame thanks to the Goethe-Schiller Archive and the Sophienausgabe which she both had built in Weimar. After years of study in domestic and foreign archives, Thera Coppens sheds light on shocking facts about the eventful life of Grand Duchess Sophie.

This book not only rehabilitates this impressive woman, but it also enriches the German-Dutch history as it took place between The Hague, Brussels, and Weimar.

'Thera Coppens has clearly done her research. Due to her amazing storytelling skills, the reader is sucked into one of the most fascinating periods in recent European art history: 366 pages of pure joy. Claude Monet’s paintings shimmer through the lines and and you will want to visit the Musée d’Orsay in Paris to see Manets work. So if you consider buying this book, keep in mind that you will have to take the costs for a trip to Paris into account as well…’ Barbara Rottiers, VRT COBRA

‘A compelling and romantic story. Reads like a novel.’ Brabants Dagblad

‘This account of the adventures of the pianist and the painter in the heart of the European art scene is just wonderful. Lifelike characters, tormented souls, romance and intrigue. A delightful read!’ Margriet magazine

‘Thera Coppens has delivered a thorough book that piqued my curiosity. Such a rich, wonderful book. An amazing read!’ Grietje Braaksma, DWDD

A love story in the artistic scene of 19th century Paris.

Suzanne and Edouard Manet is an account of the love between the Dutch pianist Suzanne Leenhoff and painter Edouard Manet.

In 1847, encouraged by Franz Liszt, young Suzanne Leenhoff travels to Paris in order to continue her piano studies. She finds a position as a piano teacher in Auguste and Eugénie Manet’s household and teaches their two youngest sons. However, her family’s greatest fear ever since she first left for Paris becomes true: the unmarried Suzanne finds herself pregnant.

When her son is baptised in 1855, Edouard Manet appears at the font as his godfather and in 1863 he finally marries Suzanne in the Dutch city of Zaltbommel. For years, researchers and art critics have speculated as to who the child’s father could be. Was it Manet himself? His father, perhaps? During her research, Thera Coppens found the answer to this question and with this book she brings an end to the discussion.

While Manet portrayed dozens of belles – Parisiennes, socialites and even King William III’s mistress –, Suzanne devoted herself to her music and opened her salon to their circle of friends: impressionist painters Monet, Cézanne, Renoir, Degas, Morisot, Pissarro and Sisly, as well as writers such as Mallarmé, Baudelaire and Zola. She was the perfect hostess, and both composers and poets dedicated work to her.
In her characteristic novelesque style, Thera Coppens brings to life colourful characters and long lost times. Suzanne and Edouard Manet takes the reader well into the nineteenth century artistic scene of tormented impressionist painters, musical soirées, tumultuous romance and intrigue.

Suzanne and Edouard Manet was chosen as one of the four Books of the Month in DWDD, the daily prime-time talk show and one of the best viewed tv-shows on Dutch television.